WHAT MAGIC IS AND WHAT IT’S PROPERTIES ARE?

What magic is and what its properties are? 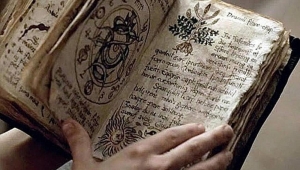 You should know that this science is named magic. We call magic whatever is done by man, by which sense and spirit follow by its action in all their parts, or by which marvelous things are done so

that the senses are led by them, contemplating and marveling.” Magic is difficult to understand because it uses connections hidden from our senses and sight. This is because these connections are divine powers placed before things to lure them upwards, as said before; and this science is too deep and strong for the intellect.

Part of this science is practical because it operates on spirit by spirit, and this is done by making things similar that are not so in essence. The composition of images does this with spirits and bodies, while the composition of alchemy does this with bodies and bodies. More generally, we use the word magic for all things hidden from the senses, and those things that most people do not know how to do nor whence their causes arise.

By sages, magical images are called talismans,8 which may be translated “violators,” because whoever makes an image does so by violence, and makes it by conquering the substance of which it is made. To work victoriously he makes it with mathematical proportions and influences, and uses celestial writing. These images are made from their proper substances in order that they might receive the aforementioned influence, and this is done at appropriate times. By suffumigation1′ they are strengthened, and spirits are drawn into these images.

Know, then, that this is similar to the elixir1″, which conquers bodies and by transmutation changes them to other, purer bodies. Magical images similarly work in such a way that they accomplish all things through violence. Poisons work in a similar way, when they course through a body and change it, reducing it to its nature, because one body is changed into another by the power of the compositions that exist in it.

You should know also that the power of purification that is called the elixir is made from earth, air, fire and water. These four powers become one in it, reduced to a common property and nature, because when it enters and penetrates a body it spreads through all its parts so that the body might better be altered and more readily obey and be transmuted under the elixir’s power. Similarly, also, the elixir in alchemy works by quickly converting a body from one nature into another, nobler one, first overwhelming its harsh and hissing spirit, and removing its qualities and its dregs. This is the secret of the elixir according to the sages of old.

The word elixir may be translated “fortitude,” because it shatters other fortitudes by conquering them, and transmutes them from one property to nother until it reduces them to its own.” The elixir cannot be made except

by compounding animals, plants, woods, and minerals into one, as they imply who say that the elixir is made in the same way as the world, since the world is compounded out of all the things we have named. Similarly, the elixir ought to be compounded out of similar things, so that every part of it is joined together and enters into every other part, so that the woods are not able to remain by themselves, nor are other vegetable or animal things able to remain separate from vegetables, and similarly minerals desire coction12 and the power of fire together with moisture and the power of air, and then are satisfied. We have found all this in a book called the Book of Ordinances. For now, however, we return to our subject.

Magic is divided into two parts, that is, theoretical and practical. The theoretical part is knowledge of the places of the fixed stars, because from these are composed the celestial figures and forms of the heavens, and of how their rays project into the planets that move of themselves, and of understanding figures of the heavens when they wish to make them. In this is included all that the sages of old have said about the elections of hours and times to work with images. You should know that those who have equaled the ancients in making images know that the virtue of images consists wholly in the election of hours and times of the proper constellations, and in appropriate substances from which the images are made. Words also form a part of magic, because words themselves have magical virtues. Plato says the same thing, that just as a friend can become an enemy through wicked and insulting words, good and friendly words can turn an enemy into a friend. By this it is clear that words have magical power in them. The greatest strength is achieved when several strengths are joined together to overcome, and this is the perfect virtue in magic. This comprises the theoretical part.

The practical part, in turn, is the combination of the three natures with the virtue infused by the fixed stars. This is what the sages call virtue, but they do not know how or in what manner this virtue comes to be imparted. When things that have such virtues are brought together at the same time, they have need of elemental heat. This is done by suffumigation, which helps to complete the incomplete virtue. Similarly, it ought to have natural heat, that is, by digestion. These two cannot be complete, nor are they able to function, without the presence of human and animal spirit.

The ancient Greek sages used to work in subtle ways to change appearances, and to make those things appear to be so which were not. They named the science of images Yetelegehuz,14 which is translated “the attraction of celestial spirits,” and this name is applied to every part of magic. No one is able to attain this science except by astrology, nor are they able to proceed beyond the study of astrology unless at least they know the figures that exist in the eighth sphere, and their motion, as well as that of the other spheres, and the division of the twelve signs of the Zodiac with their degrees and their natures, and the qualities of each sign and their correspondences in this world, and the divisions of the planets in these twelve signs, and the movement of the Zodiac, and when other things are said to be conjunct with them, and the nature of the seven planets and the Head and Tail of the Dragon15 and their places in the heavens and their correspondences among the things of this world, and how to predict their risings and settings, and which ones rise and set before others, and their radical significations. These are the fundamentals of astrology, and knowing which of the seven planets rules a figure and understanding the order in which they rule, and how to extract the planetary parts from the Zodiac.

These are the things without which it is impossible for anyone to achieve mastery of this science, and all of it may be found in books of astrology. This is what the first sage says who is described in the aforesaid Nabatean Agriculture, when he says, “They have raised me above the seven heavens.” He means by this anyone who knows all the motions of the heavens and their qualities by the power of the understanding and the senses. This is likewise what God meant when He said, “Let Us exalt him on high.” He means by this, “Let Us give to him senses and intellect, so that he might be able to Penetrate the highest of sciences.”

WHAT MAGIC IS, WHAT ARE THE PARTS THEREOF, AND HOW THE PROFESSORS THEREOF MUST...
Scroll to top