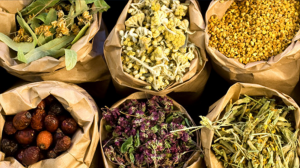 The first herbalists, the first lapidaries, the first astronomers astrologers can be attributed to Mesopotamia. The cuneiform writing systems organized the most important properties and attributes to the society in lists or catalogues. Actually they had lists of almost everything from trees to beer.

The herbal plants were organized in a similar pattern. They were so knowledgeable also in this as the plants were separated in sections like vegetable, herbal, simple (medical). The book Uruanna-Mashtakal and the Shikinshu tablet are of the known cuneiform tablets that used to serve as a catalogue for medical plants and their substitutes. In the cuneiform tablets the medical herbs were organized in three categories: the name of the plant, the indication-the symptoms of the disease that it is supposed to cure, and the modes of application-how to be applied.

The beer was the most common drink that would even substitute the water due to the very common for that time water pollution; so, they would dissolve the medical herbs very often in fine beer.

Amazingly, the Mesopotamians according to the Shikinsh tablets would use the most appropriate astrological timing to administer the medicine from herbal plants. 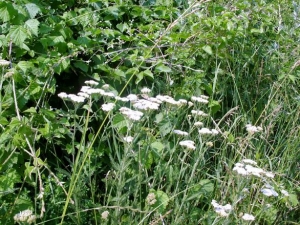 There were also very strict astrological times, rules and rituals to be followed at the gathering of the plants:

“(Look for) a gourd which grows alone in the plain;

when the Sun has gone down,

cover your head with a kerchief,

cover the gourd too,

draw a magic circle with flour around it,

and in the morning, before the Sun comes out, pull it up from its location, take its root …”

The authentic herbalists from my Balkan culture know that you need to ask for permission the rulers of the plant, pray, humbly explain the reason behind your desire to pick the plant and even do this while connected to the Earth with bear feet touching the ground. It is advisable to offer compensation by replacing the plant that you will take by planting another herb or just a seed. We need to be very responsible, conscious, and very moral when administering such divine actions.

Very effective for medical or magical purposed according to the ancient Babylonian texts are the plants that grow high in the mountains. The higher the better, as this makes them closer to the stars. This was applied also to the medications that also needed to spend the night under the stars in order to accumulate celestial powers and benefic influences. This is the case also with placing the medication under the influences of Gula, the healing Goddess, so that she can induce healing powers into the medication. Gula corresponds to the constellation Lyra with brightest star Vega in the 20° sidereal Sagittarius. 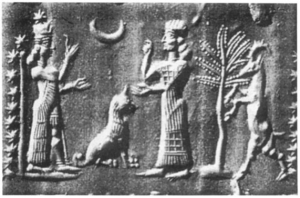 We mentioned herbal medicine, and this is what they were, purely natural combination of herbs blended in oils or beers and even sometimes put in the oven to simmer overnight. They would mix the medical ingredients in first-class beer and let it spend the night under the stars, then would strain the beer and give to the sick to drink. The mixture could also include organic products like blood of a rat for example or tong of a dog…

Very common in Babylon was also to powder minerals and gemstones, include them in a first-class beer with the medical herbs or alone, let them spend the night under the stars and then give to the sick to drink.

The plants are not being used only in divination, magic and healing, but with diagnostic purposes. A sick man in Babylon would be exposed to the influences of certain plant or combination of plants to see how the disease will develop and as a result to apply the appropriate medications.

In a similar mode as the gathering of the herbs, the medications needed to be prepared in appropriate astronomical time and then exposed to the irradiation of the stars.